You are here: Home1 / Company2 / History

The success story of nowcast began at the end of the 1980s within the framework of a research project led by Prof. Hans-Dieter Betz at Ludwig-Maximilians-University in Munich.

At this point in time, Prof. Betz had gained some initial experience with the few existing lightning detection systems. He was certain that, by optimizing the measurement principle and improving certain components, considerable enhancement of the quality – in particular in location accuracy and sensitivity – could be achieved. Hence, the development of system components and software concepts for high-precision lightning data collection became the primary research challenge.

How the high-precision lightning detection network LINET (Lightning DetectionNetwork) made and engineered in Germany evolved. 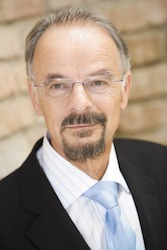